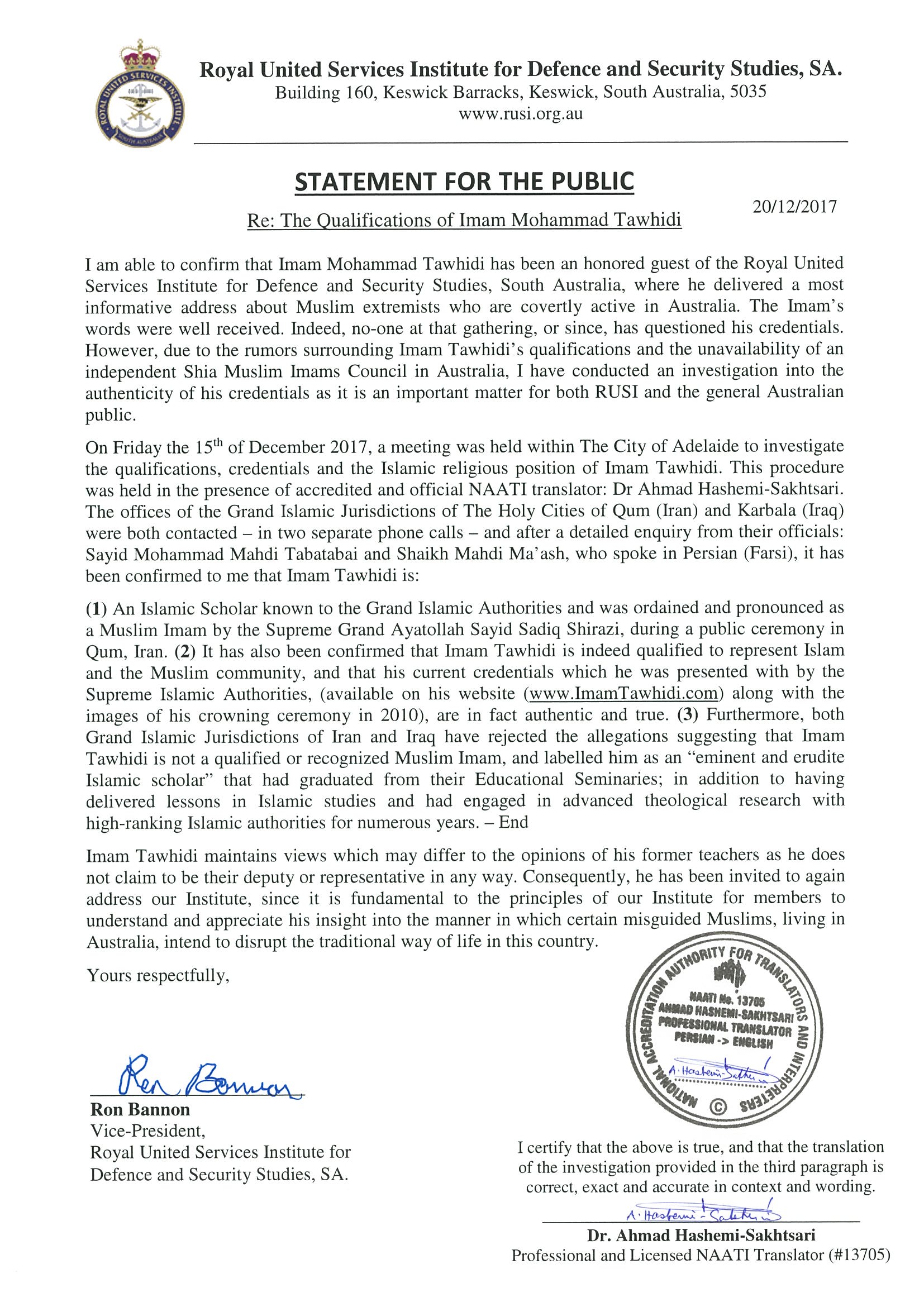 The World’s Oldest Security Think Tank on International Defence and Security: The Royal United Services Institute, has conducted an investigation into the credentials and qualifications of Imam Tawhidi.

This inquiry came as a result of concerns raised by media agencies questioning the credentials and legitimacy of Imam Tawhidi. The Royal United Services Institute (SA Branch) had invited Imam Tawhidi in recent times to address its audience of registered members and government officials, and believes that a clarification of this matter is of national interest.

Attached is the Public Statement issued by RUSI of South Australia.

The Governor of South Australia, His Excellency the Honourable Hieu Van Le, is the Patron of the RUSI of SA.

Other Royal, Government Departments and Government Officials (both national and international) will be conducting a similar investigation and inquiry in 2018 for additional verification purposes.

The Royal United Services Institute for Defence and Security Studies (RUSI), is a security think tank founded in Britain in 1831 by the Duke of Wellington, Sir Arthur Wellesley. It won Prospect magazine’s Think Tank of the Year Award in 2008 and in 2009. Its current President is HRH Prince Edward, the Duke of Kent.

“I know what valuable work, in the cause of peace and security, the Royal United Services Institute for Defence and Security Studies carries out…” – Her Majesty The Queen Elizabeth II, Patron of RUSI – Britain.

“RUSI is exceptionally well informed on national security issues and its views carry weight as a result of the depth and breadth of its insights.”- Sir Jonathan Evans, Former Director-General, Security Service

“RUSI’s role has been quintessential in fostering cooperation, promoting dialogue and offering strategic solutions to national and international defence and security-related issues. The events it has hosted over the years and the values that it has been upholding have made it into the highly revered institution it is today.” – Abdullah II ibn Al Hussein, King of the Hashemite Kingdom of Jordan